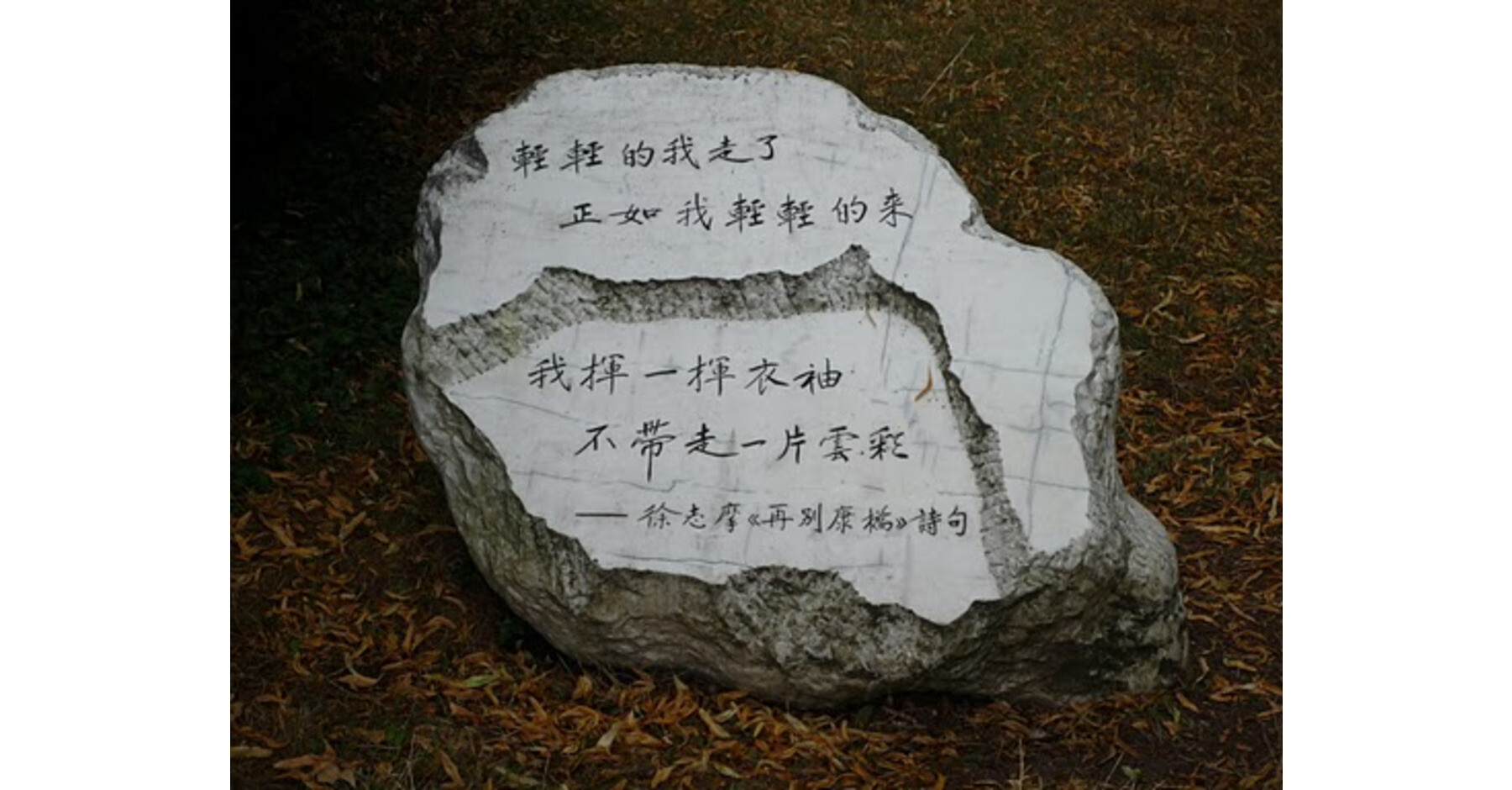 As summer approaches, it’s the perfect season to roam Cambridge’s cobbled streets. This afternoon we’ve pulled on our favourite pair of Wainwrights, to wander the Backs, following in hundreds of famous scholars’ footsteps.

One such alumnus is trailblazer of modern Chinese poetry, Xu Zhimo. His short stint in Cambridge as a visiting scholar inspired both his love of romantic verse and some of his most celebrated works. Although he’s a cult literary figure in China, he’s relatively unknown in this country despite the fact that his best-known poems celebrate the quiet beauty of the city of Cambridge.

His most famous work, 再别康橋, which translates to Second Farewell to Cambridge is learnt by schoolchildren across China to this day. Written in 1928 on a return trip to Cambridge, it depicts an idyllic scene by the River Cam and expresses the poet’s deep nostalgia for his 18-month stay in Cambridge. It was during his first period there Cambridge that Xu became enthralled by the city and by poetry, eventually becoming a close acquaintance of many members of the prestigious literary circle, the Bloomsbury Group.

Take a stroll along the Backs and you’ll find the Xu Zhimo friendship garden. The memorial was constructed in 2018 at King’s College Backs and opened by Xu’s grandson, Dr Tony Hsu, to celebrate both the poet and the contribution Chinese students have made to the university community. The garden’s design was inspired by Taoist and Buddhist principles, incorporating traditional English trees with plants from Xu’s hometown, Haining.

Poetry fans should pay particular attention to the area’s willow trees. Xu celebrated these trees on the banks of the River Cam in Second Farewell to Cambridge, likening the ‘golden willows’ to ‘young brides in the setting sun’. Although the original trees were removed due to disease, the current plants stand in the same place as Xu’s beloved willows. Before the original trees were removed, healthy cuttings were sent to several places in China where the poet had spent time including Haining and his alma mater, Peking University. The importance of willows in Xu’s poetry is also reflected elsewhere in the garden, including on a crescent moon bench with willow leaf decorations and seven pots glazed with ash from the diseased tree.

Xu’s college has also kept his memory alive by raising money to help fund places for international students and by releasing recordings of his poems set to music. It also hosts the Xu Zhimo Poetry and Art Festival every year, which is one of the UK’s biggest celebrations of British-Chinese cultural exchange.

In the 100th anniversary year of the poet’s first stay in Cambridge, now is the perfect time to see the city through Xu’s eyes whilst exploring the Backs. Our Mohair and Alpaca socks are the ideal companion for all your city wanderings, ensuring complete comfort whether for a full day of sight-seeing or a mere evening stroll.